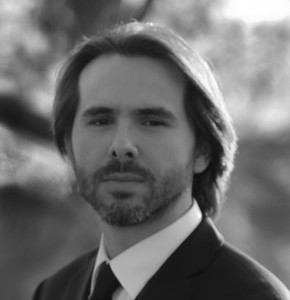 Tony Garcia is a Principal of Street Plans Collaborative, and leads the firm’s Miami office. Anthony is a nationally recognized architect, writer, speaker and advocate in the in the field of transit, pedestrian and bicycle infrastructure.

As a writer and advocate, Tony’s work has appeared in or been featured by The Daily Business Review, Atlantic Cities, Next American City Magazine, New Urban News, The Real Deal, Momentum Magazine, Streetsblog, the Miami Herald, the El Paso Times, and The Miami New Times, among other publications. Tony is a coauthor of the globally acclaimed series Tactical Urbanism: Short-Term Action, Long-Term Change Vol. 2, and together with Mike Lydon authored the full-length book Tactical Urbanism, published by Island Press in March 2015.

He is a part-time adjunct faculty member at the University of Miami School of Architecture, and is currently Chairman of the Green Mobility Network, the largest bicycle pedestrian advocacy organization in South Florida. He co-founded the Ludlam Trail project, which will result in the addition of over 50 acres of new park space in Miami-Dade County over the coming year. Among the many professional organizations he is active with are the Association of Bicycle and Pedestrian Professionals, the Congress for the New Urbanism, the Dade Heritage Trust, the Urban Environment League, and the Miami Chapter of the Congress of the New Urbanism. He lectures and leads workshops on the topics of smart growth, tactical urbanism, and complete streets/active transportation.

Prior to launching the firm’s Miami office, Tony was Project Director for six years at the Dover Kohl & Partners affiliated architecture firm Chael Cooper & Associates, and from 2008 to 2012 he was the Publisher and Managing editor of the transportation blog TransitMiami.com, an award winning web journal dedicated to public participation and discourse in South Florida.