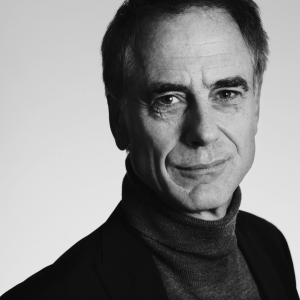 Prof. Dr. Ben Schouten BA graduated from the Rietveld Art Academy in 1983. He found himself interested in
patterns and iconography, and discovered his fascination for mathematics. In August 1995 he received a Master’s
degree in mathematics, specializing in chaos theory. In 1996 Ben Schouten founded Desk.nl, providing innovative
internet related solutions. Together with the Dutch Design Institute (Vormgevings Instituut), Desk was internationally
acknowledged with a webby award in gaming.

In 2001 he received his PhD for his thesis on content based image retrieval and interfaces that allow browsing &
searching for images in an intuitive way, according to human perception. His thesis was acknowledged with a
Bronze World Medal for Design in the New Media category, sub-category Information and Education, in New York,
USA.

In the following years Ben Schouten started a group in Biometrics and Human Behavior Analysis in Smart
Environments at the Centre for Mathematics and Computer Science (CWI, Amsterdam) as well as teaching at the
Utrecht School of Art & Technology (HKU) in Interaction Design and Gaming.

In 2010 he was appointed Full Professor Playful Interactions in Smart Environments at Eindhoven University of Technology and in 2013 Lector of Play & Civic Media Research at Amsterdam University of Applied Sciences. His group focuses on play for social
innovations, citizen empowerment and culture. He is an advisor for the European Commission on the ‘Internet of
Things’ as well as for the Dutch Cultural Media Fund, responsible for E-culture.