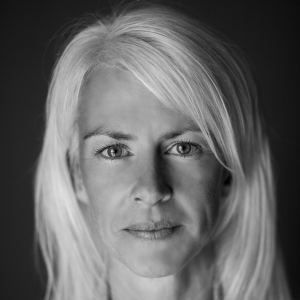 Kristien Ring is an architect, curator, publicist and Assistant Professor at the University of South Florida for Architecture and Community Design. Principal of AA PROJECTS I Interdisciplinary Studio, who are engaged in the production of interdisciplinary projects on future oriented themes in the realm of architecture and urban planning.

Kristien Ring is the author and editor of the publication “SELF-MADE CITY. Berlin, Self-initiated Urban Living and Architectural Interventions“, 2013 and „URBAN LIVING, Strategies for the future“, 2015, both with Jovis Publishers. Kristien has curated many exhibitions and accompanying discussions, on current themes in architecture and urbanism, which have traveled internationally. Currently, the exhibition and public programs “URBAN LIVING” was shown at the DAZ German Center for Architecture in Berlin and in Madrid at the COAM Center for Architecture in 2015—with the accompanying blog: www.urbanlivingberlin.de. Kristien has presented her published work extensively at international conferences worldwide, including: a TEDx talk, speaking to the British Parliament in London and German Parliament in Berlin, the AIA-CFA in New York, as well as the Venice Architecture Biennale (2014).

Kristien Ring was the founding Director of the DAZ German Center for Architecture (2004 -2011), and the co-founder of the gallery Suitcase Architecture (2001 – 2005) in Berlin. She worked for many years as a practicing architect in Berlin. Kristien has taught Architectural Design as a Visiting Prof. at the University of Sheffield, UK, and Assistant Prof. at the TU-Braunschweig and TU-Cottbus in Germany. Kristien comes from Pittsburgh, Pennsylvania in the USA and has been living in Berlin since 1991. She holds degrees in Architecture from NC State, USA and the Kunsthochschule Berlin Weissensee, Germany.