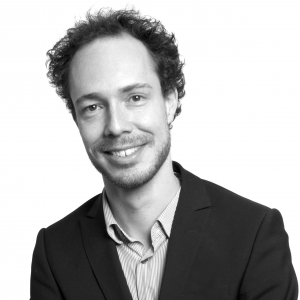 Joost Beunderman is a Director of the London-based design and strategy practice 00, where he joined in late 2008 to lead on a wide range of research and strategy projects. His focus has been on civic entrepreneurship, social investment and systems change within the city.

Joost was the main author of the ‘Compendium for the Civic Economy’, an overview of local innovations in economic regeneration, published with Nesta and Design Council Cabe in 2011 [re-published in 2012 with Trancity*Valiz (NL)]. He has also led a wide range of collaborative urban regeneration strategy projects in the UK and the Netherlands, focusing in particular on integrating high-quality & affordable workspace in a high-density, context. On behalf of 00 Joost is also Director of Impact Hub Islington and Impact Hub Brixton, two workspaces for start-up businesses. Amongst other things is currently working on a systems-change accelerator & investment programme focused on childcare.

Prior to joining 00, Joost was a Researcher at the independent think tank Demos from 2005 to 2008, where he co-authored a wide range of publications on urban governance and the public realm (e.g. on children and play in public space). From 2004 to 2012 he also collaborated on a wide range of urban regeneration projects with the Amsterdam-based practice Urhahn Urban Design. Joost was trained as an urban geographer at Utrecht University, The Netherlands and the University of California, Berkeley, and the London School of Economics.