Design & The City was a four-day event that brought together international experts, researchers, designers, educators and policy makers to explore citizen-centered design approaches for the smart city.

During our workshops, a round table conference and a session on living lab methodologies, the role of designers was be addressed as initiators, innovators, campaigners, connectors, organisers, critics and imagineers of alternative urban futures. In addition, we discussed concrete design strategies that can contribute to more liveable, sustainable and sociable urban communities.

In the last few years, the rise of digital and mobile media has changed everyday life in our cities. From finding a restaurant or place to stay to campaigning for or against a new urban development with fellow citizens to the monitoring of traffic and crowds by city officials during large events; as a current add wants it, in our contemporary cities there’s an app for that. Or a website, an online service, a dashboard or other digital media platform.

More recently the rise of sensors and (big) data has provided us with yet another new range of opportunities and promises for the future of our cities. The network society, heralded by scholars and Silicon Valley entrepreneurs alike, is slowly turning into a platform society: a society in which personal, social and political relations are organised through the interfaces and algorithms of digital media platforms.

Rather than changing our cities merely quantitatively (GPS-navigation may get us there 5% faster, CO2 emissions may go down by 12%), this has a qualitative impact on our urban societies. New modes of social organisation, of economic production and political decision-making have started to appear. Relations between and roles of citizens, designers and policy makers have started to shift.

These developments raise as many challenges as they provide new opportunities for the design of liveable, sustainable and sociable cities. Privacy, power and processes of in- and exclusion are important issues of concern. How can we design our cities and their technologies from a perspective of the public interest?

Design & The City addressed these issues through three subthemes. The first was designing for the changing role of citizens. How can citizens meaningfully be engaged in the process of city making? Second we discussed design strategies for new modes of social and economic organisation: What new social processes and business models do we need for the future of city making? And third we looked at the role of the professional in the process of city making, and the new design methodologies, approaches and roles they have taken on towards the creation of a sociable smart city. 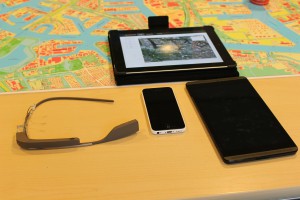 The keynote speakers of Design & The City share their views on designing smart cities for citizens in a series of essays.

The Transactionalization of Infrastructure as a Case for Accountability-Oriented Design

Self Made City: Strategies for Future Urban Living

How designers can reshape public controversies